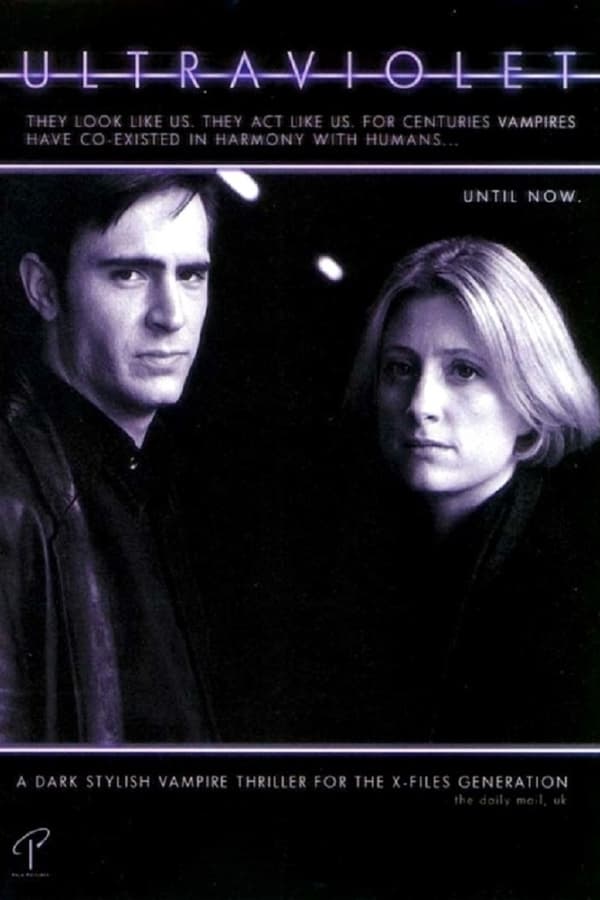 Ultraviolet is a 1998 United Kingdom television series written and directed by Joe Ahearne and starring Jack Davenport, Susannah Harker, Idris Elba and Philip Quast. Music was composed and performed by Sue Hewitt. The programme was produced by World Productions for Channel 4.