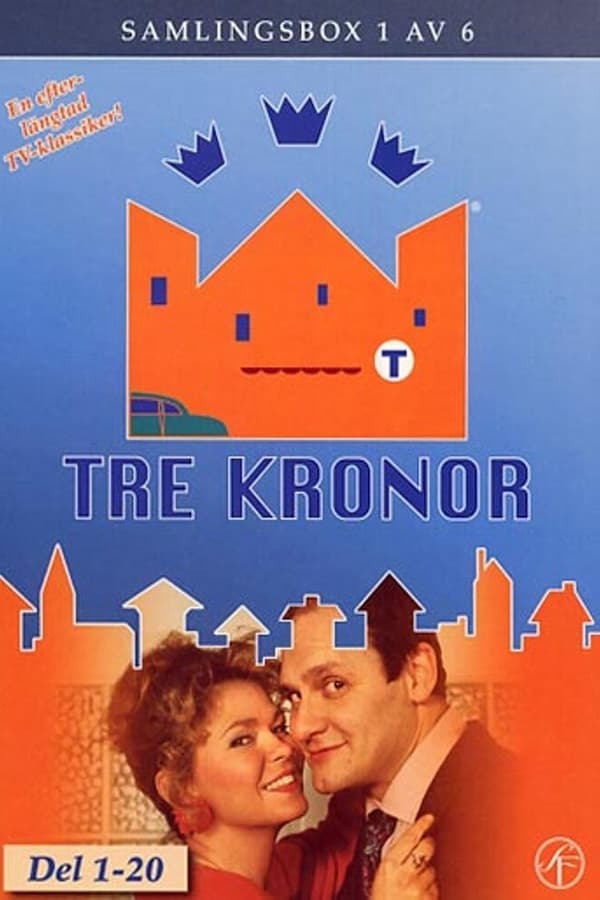 Tre kronor was a Swedish soap opera that aired on TV4 during the period 1994-1999. The series took place in the fictive middle class suburb Mälarviken, located in the vicinity of Stockholm. The exteriors were filmed in Sätra, a suburb of Stockholm, and the interiors were filmed in a studio in Kvarnholmen as well as in Kungens Kurva. Tre kronor aired at the same time period as Rederiet was on SVT and the shows where rivals of the viewers and they both had around 1-2 million viewers. TV4 started Tre kronor in 1994 to compete for the viewers of Rederiet. The signature tune was written by Lasse Holm. The spin-off movie Reine och Mimmi i fjällen! was based on two of the characters; Reine and Mimmi. The series had a dramatic ending where all the characters besides six were fatally wounded in a suicide bombing that took place at the local restaurant Tre Kronor. It was a priest himself who was the perpetrator. Two big cliffhangers in the series was when Hans Wästberg, played by Ulf Brunnberg, robbed the post office and shot his son Hans-Åke by mistake. Hans Wästberg was taken to prison and disappeared from the series after the second season. Season Three ended with Sirpa “Bimbo” Koskinen, the girlfriend of Hans-Åke Wästberg, died in a bus crash. Salongo played by Richard Sseruwagi was a refugee and a rich business man from Uganda who fell in love with a married police woman Lena Sjökvist played by Catharine Hansson and he later bought the restaurant Tre Kronor. Later in the series, Salongo buys another restaurant and he to disappeares from the series.