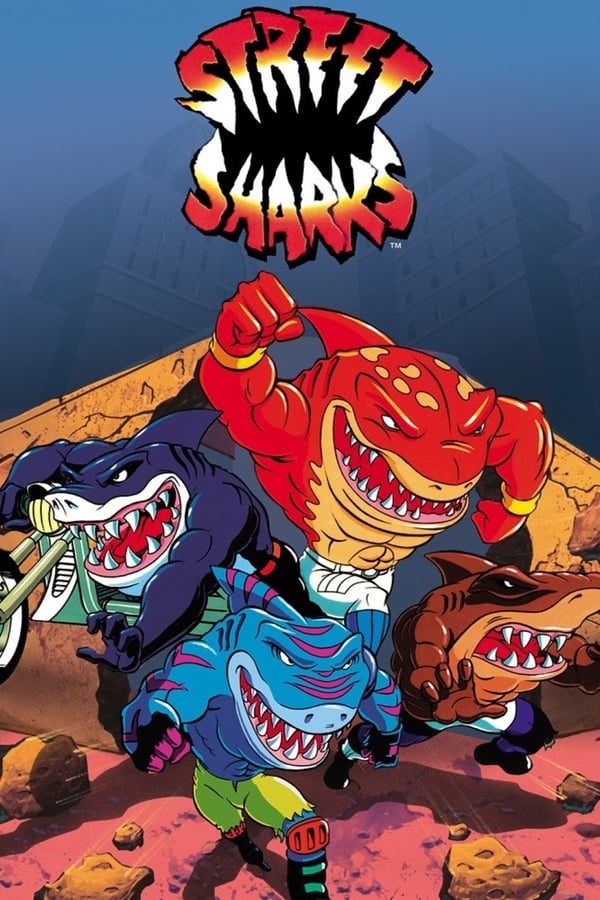 Street Sharks is an American-Canadian animated television series about crime-fighting half-man/half-sharks. It was produced by DIC Entertainment and aired from 1994 to 1995, originally as a part of the Amazin’ Adventures lineup. Later, in 1996, the Street Sharks teamed up with the Dino Vengers and the show became “Dino Vengers Featuring Street Sharks”. It was created to promote an existing Mattel toy line of the same name. The creators were David Siegel and Joe Galliani of Mr. Joe’s Really Big Productions.