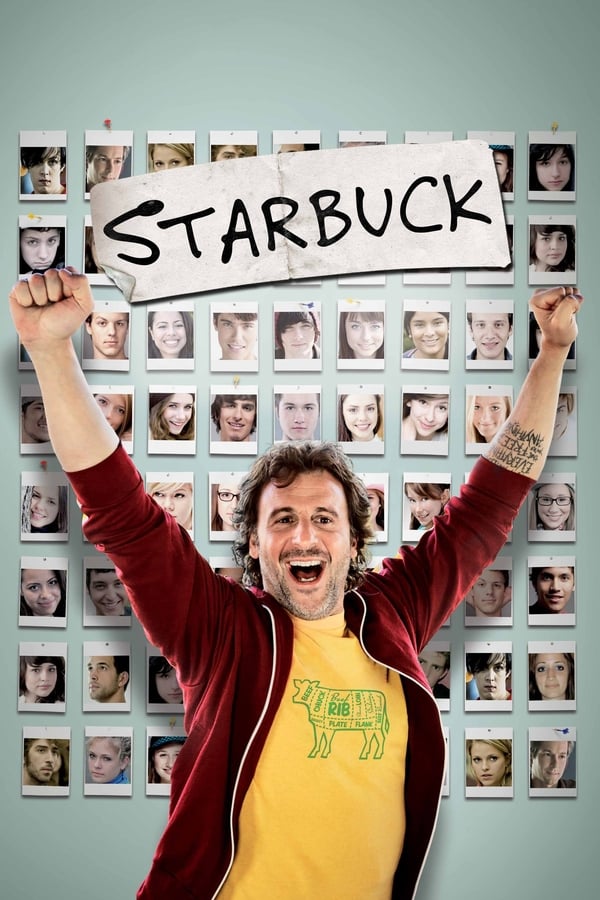 Starbuck is a 2011 Canadian comedy film directed by Ken Scott and written by Martin Petit and Ken Scott. The main character David Wozniak is a perpetual adolescent who discovers that, as a sperm donor, he has fathered 533 children. David, a deliveryman for a butcher shop, is being pursued by thugs because he owes them money. Next, he is advised that more than 100 of his offspring are trying to force the fertility clinic to reveal the true identity of “Starbuck”, the pseudonym he used when donating sperm. In addition, his girlfriend Valérie is pregnant with his child but doesn’t feel that he is mature enough to be a father. The film’s title refers to a Canadian Holstein bull who produced hundreds of thousands of progeny by artificial insemination in the 1980s and 1990s.