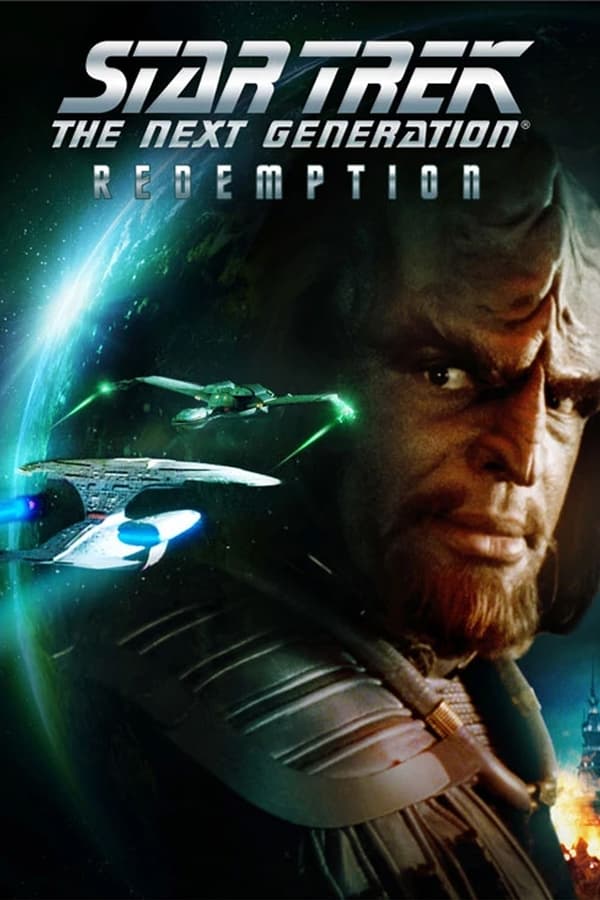 Star Trek: The Next Generation: Redemption

Loyalties are divided when civil war splits the Klingon Empire. When Worf sees a chance to regain his wrongfully lost family honor, he must choose between his duty as a Starfleet officer and his heritage as a Klingon warrior. Meanwhile, Picard struggles to keep the Federation from being dragged into the fray. But a shocking new adversary from the past threatens to destroy both the Federation and the Klingon Empire.