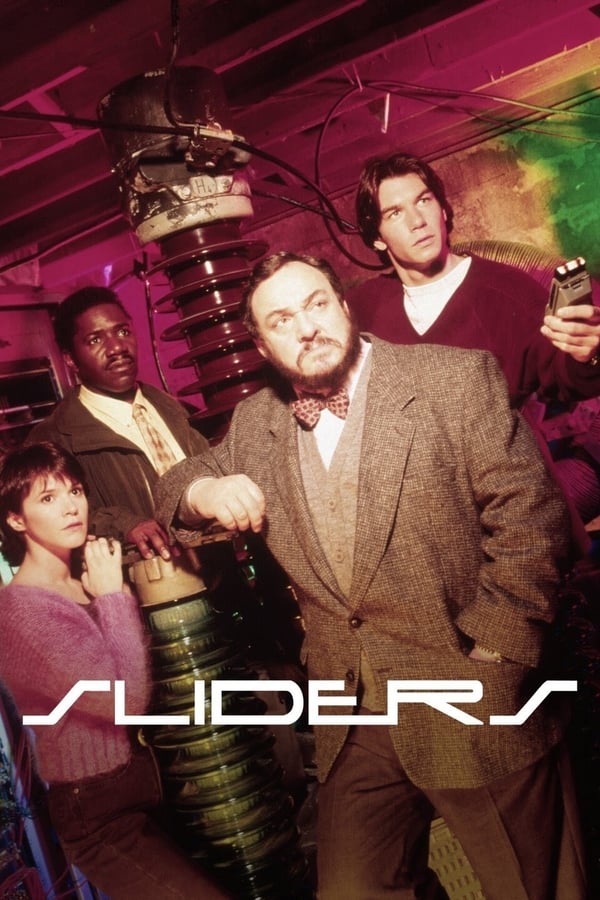 In his basement in San Francisco, boy-genius Quinn Mallory unlocks the doorway to an infinite number of Earths. During a test run, Quinn invites co-worker Wade Wells and his teacher Professor Maximillian Arturo to see his new invention. But an increase in power and an early departure leave all three, plus a washed-up soul singer named Rembrandt “Crying Man” Brown, lost in a parallel world. Now they must “slide” from world to world, not only adapting to their changing surroundings, but also trying to get back to their world. Will they ever make it home?