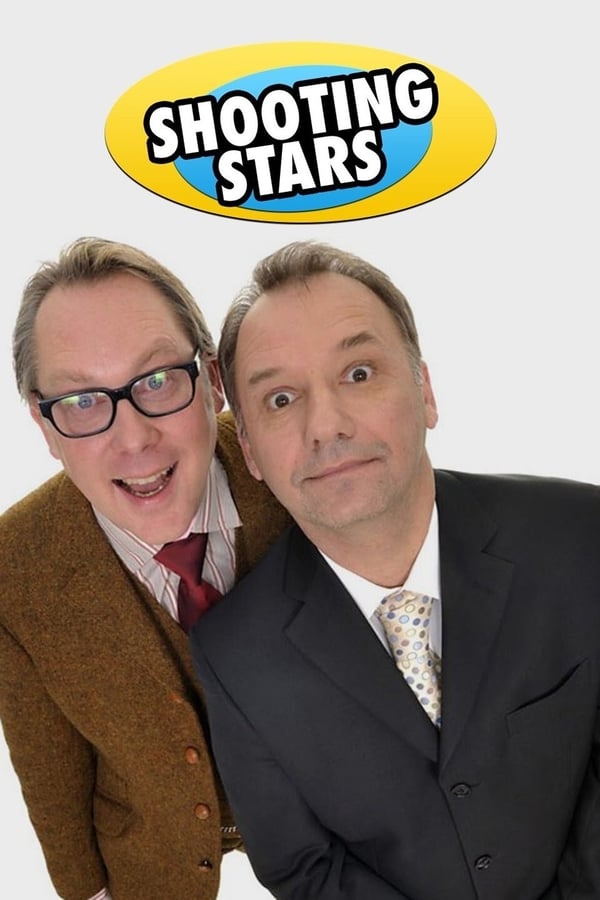 Shooting Stars is a British television comedy panel game broadcast on BBC Two as a pilot in 1993, then as 3 full series from 1995 to 1997, then on BBC Choice from January to December 2002 with 2 series before returning to BBC Two for another 3 series from 2008 until its cancellation in 2011. Created and hosted by double-act Vic Reeves and Bob Mortimer, it uses the panel show format but with the comedians’ often slapstick, surreal and anarchic humour does not rely on rules in order to function, with the pair apparently ignoring existing rules or inventing new ones as and when the mood takes them.