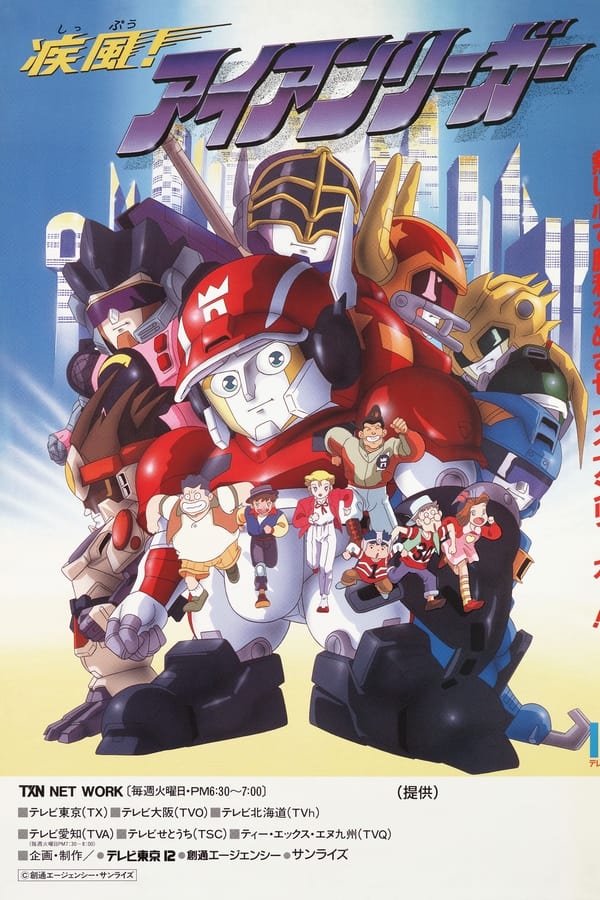 Shippū! Iron Leaguer is an anime television series produced by Sunrise. Directed by Tetsurō Amino and featuring mecha designs by Kunio Okawara, it premiered on TV Tokyo on April 6, 1993 and ended its run on March 29, 1994, spanning a total of 52 episodes.