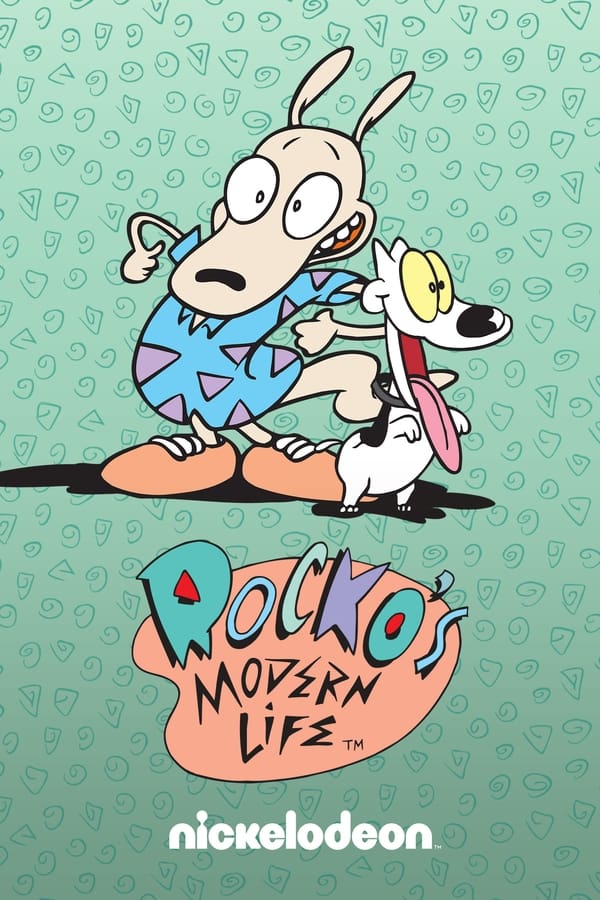 Rocko is a wallaby who has emigrated to America from Australia. He lives in O-Town and tries to get through life but, of course, comes across a multitude of dilemmas and misadventures he must get through. Other characters include Rocko’s best friend, Heffer, a steer who has been raised by wolves, Filbert, a paranoid hypochondriac turtle, Rocko’s faithful (but none-too-bright) dog Spunky, and Ed Bighead who detests Rocko and hates having him for a next door neighbor. On this show, Rocko has such adventures as trying to adapt to a new vacuum cleaner, having Heffer move in temporarily after his parents kick him out, and going to a movie theater.