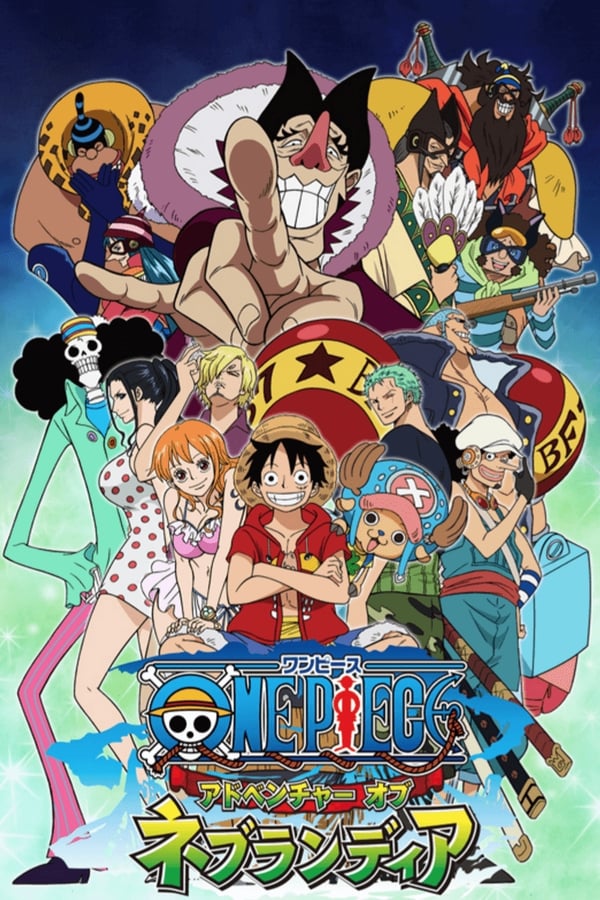 One Piece: Adventure of Nebulandia

Kōmei devises a plan where Zoro and Sanji take part in an eating contest, and the two eat a strange “good-for-nothing-only” mushroom that turns them into good-for-nothing men. The two are then locked in a jail cell. When the rest of the Straw Hat Pirates chase after their imprisoned crew, they land on the island of Nebulandia, which features a mysterious fog made from sea water, and it has the same effects as seastone. The Straw Hat Pirates’ arrival on Nebulandia is also a part of Kōmei’s plan.