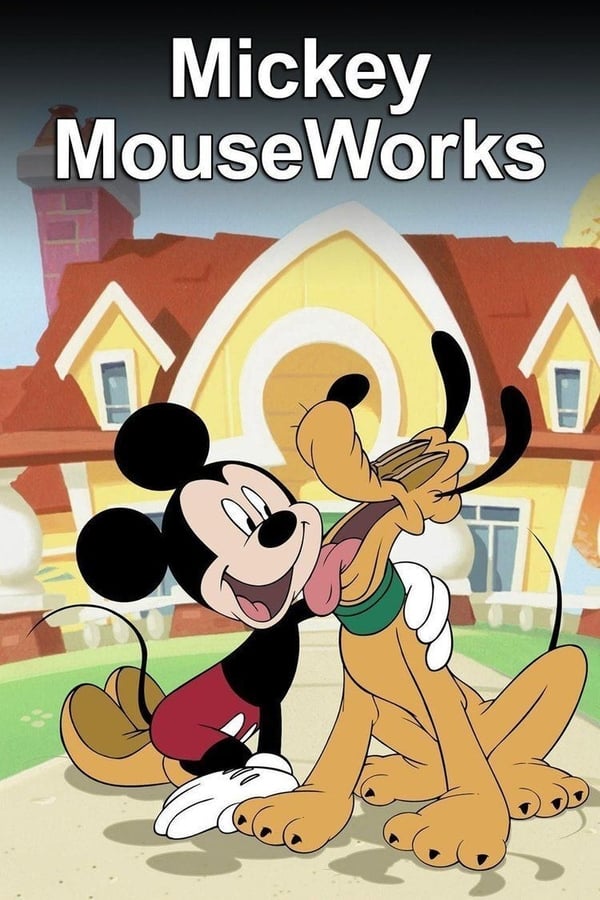 Mickey Mouse Works is an American television show that features the cartoon character Mickey Mouse and his friends in a series of animated segments. It is somewhat of an update of Mickey’s Mouse Tracks. It is the first Disney television animated series to be broadcast in HD. The series is rated TV-Y7. Mickey Mouse, Minnie Mouse, Donald Duck, Daisy Duck, Goofy, Pluto, and Ludwig Von Drake all star in their own segments. Horace Horsecollar, Clarabelle Cow, Huey, Dewey and Louie, Chip ‘n Dale, Scrooge McDuck, Pete, Humphrey the Bear, J. Audubon Woodlore, Dinah the Dachshund, Butch the Bulldog, Mortimer Mouse and Clara Cluck all appear as supporting characters. Musical themes for each character are composed by Stephen James Taylor with a live 12-piece band and extensive use of the fretless guitar. Music was nominated for an Annie Award in both 1999 and 2000. Although it was a very short-lived series, it immediately became very popular in its original run and in syndication. The cartoons on the show were later used in the Disney animated television series House of Mouse.