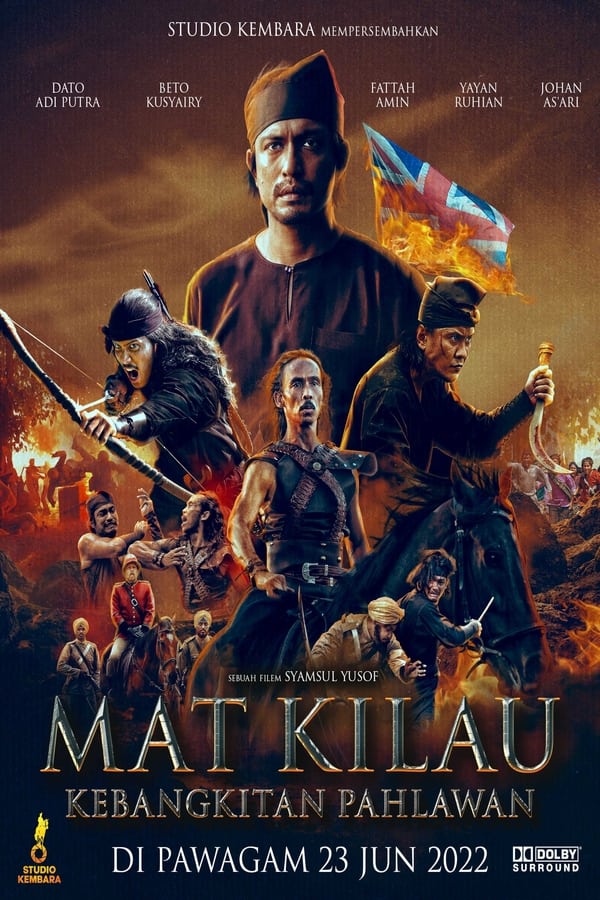 This film tells the rise of a Malay warrior named Mat Kilau and his friends against the British colonialists who came to Pahang in 1890. The greed of British officials and policies, which have imposed excessive taxes, confiscated land belonging to the Malays to reap the treasures of Pahang and disrupted the Islamic way in Pahang has caused dissatisfaction among the rulers and the Malays. The patriotic spirit of Mat Kilau and his friends who rose up against British violence had caused Captain Syers to launch an attack on Mat Kilau. Witness the heroic spirit of Mat Kilau, Tok Gajah and Mat Kilau’s best friends use their wisdom to fight in the jungle against the British soldiers. Did Mat Kilau and his friends succeed in driving out the barbaric and greedy British army to reap gold and tin in Pahang?