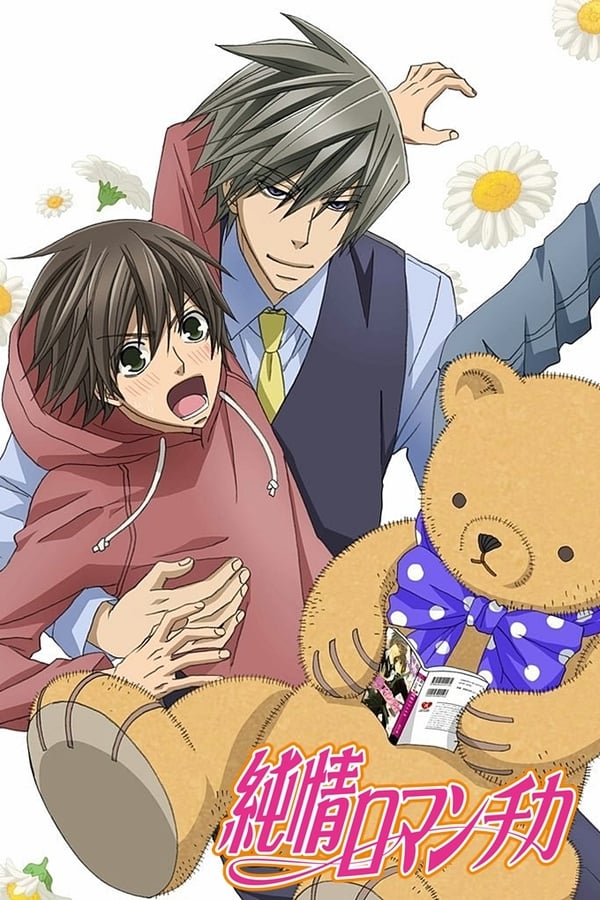 Junjou Romantica: Pure Romance, stylized as Junjou Romantica ~Pure Romance~, is a yaoi series by Shungiku Nakamura. It focuses on three storylines; the main couple, which comprises the bulk of the books, and two other male couples that provide ongoing side stories. It has expanded into several cd-dramas, a manga series running in Asuka Ciel, a light novel series titled “Junai Romantica” running in The Ruby magazine and a 24-episode anime series. Shungiku Nakamura has written a spin-off to Junjou Romantica, titled Sekai-ichi Hatsukoi focusing on a shōjo manga editor and his first love, which was also animated by Studio Deen in 2011.