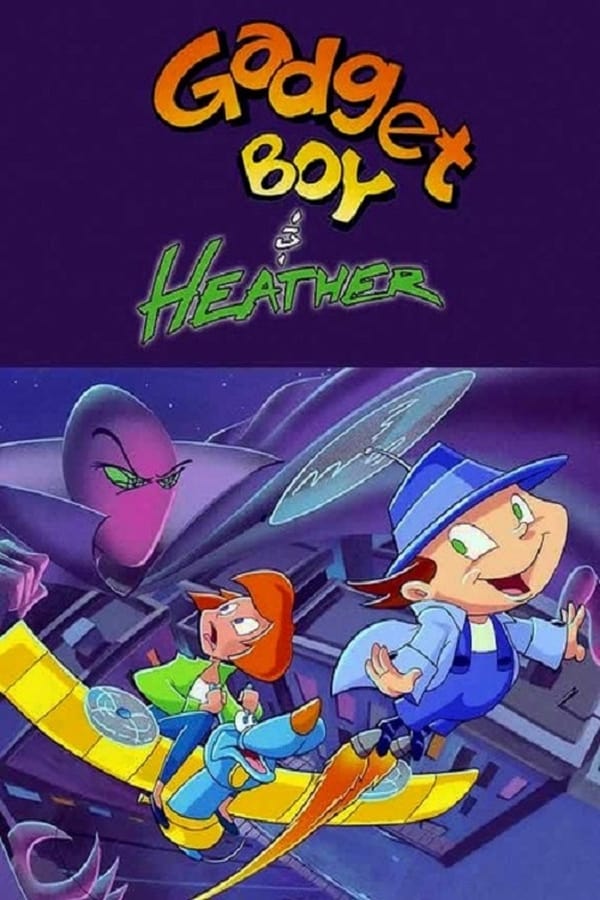 Gadget Boy & Heather is an animated television series from DIC Entertainment. The series debuted in 1995 in first-run syndication in the United States and on M6 in France. This series is about “Gadget Boy”, a bionic kid-detective with a personality similar to that of Inspector Gadget. He was conceived as a bionic “child” with the personality of a “perfect adult detective”. Just as maladroit as the original Inspector Gadget, Gadget Boy was usually bailed out of situations by the more practical Heather, though he was also helped greatly by his myriad high-tech gadgets and extendable arms and legs. Gadget Boy’s bionic implants were installed by Switzerland-based inventor Myron Dabble who has an unrequited crush on Heather. Gadget Boy and Heather receive their assignments from Italy-based Chief Stromboli, who, much like Chief Quimby, is a frequent, long-suffering victim of Gadget Boy’s bungling. Gadget Boy is assisted by the beautiful and resourceful agent Heather, a very tall equivalent of sorts to Penny. He is also assisted by a robotic dog named G-9, who serves as the “Brain” of this series, which shows through his morphing capabilities to get the gang out of the stickiest situations.