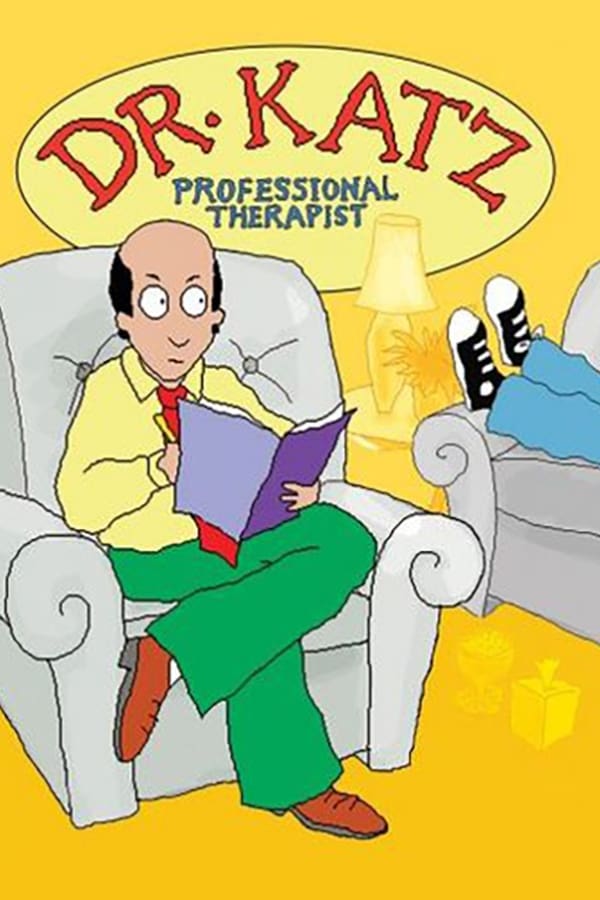 Dr. Katz, Professional Therapist is an American animated series that originally ran on Comedy Central from May 28, 1995 to December 24, 1999—with a final set of three shelved episodes airing in 2002—starring Jonathan Katz, Jon Benjamin, and Laura Silverman. The show was created by a Burbank, California production company Popular Arts Entertainment, with Jonathan Katz and Tom Snyder, developed and first made by Popular Arts for HBO Downtown Productions. Boston-based Tom Snyder Productions became the hands-on production company, and the episodes were usually produced by Katz and Loren Bouchard. The show was computer animated in a crude, easily recognizable style produced with the software Squigglevision in which all persons and animate objects are colored and have constantly squiggling outlines, while most other inanimate objects are static and usually gray in color. The original challenge Popular Arts faced was how to repurpose recorded stand-up comedy material. To do so they based Dr. Katz’s patients on stand-up comics for the first several episodes, simply having them recite their stand-up acts. The secondary challenge was how to affordably animate on cable TV at the time. Snyder had Squigglevision, an inexpensive means of getting animation on cable, which could not afford traditional animation processes. A partnership between Popular Arts, Tom Snyder Productions and Jonathan Katz was formed and Dr. Katz: Professional Therapist was born.