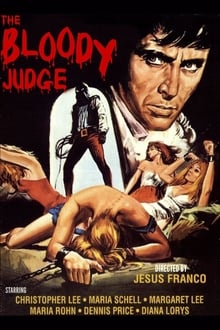 Horror icon Christopher Lee, who worked with Jess Franco on several occasions, plays Lord George Jeffreys, the infamous and merciless judge and Lord Chancellor in England torn by strife between the reigning King James II and William of Orange. Convincend of doing what's necessary, the cruel judge mercilessly persecutes 'traitors', who sympathize with the King's opponent William of Orange, as well as 'witches', who are accused of being in league with the devil...