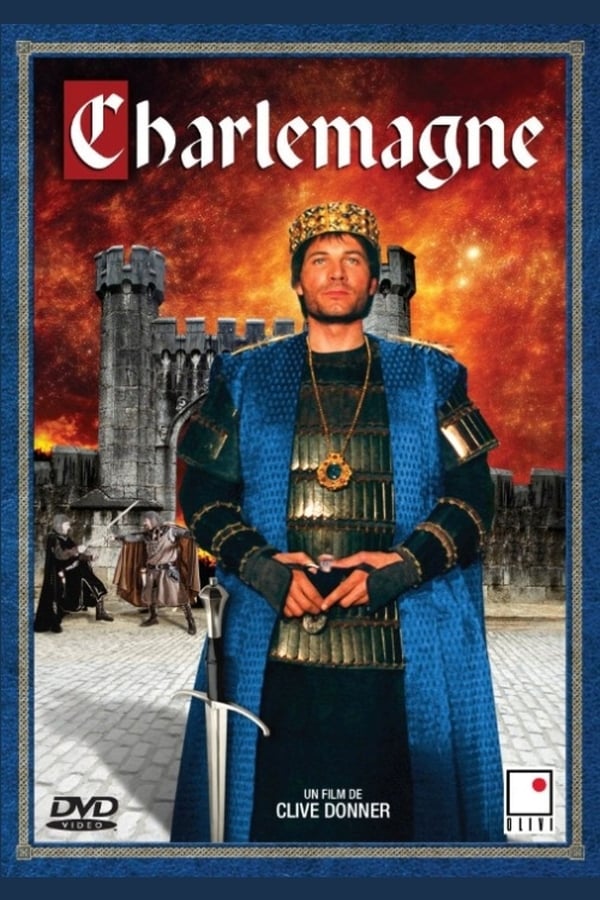 Charlemagne, le prince à cheval is a 1993 television miniseries about the life of Charlemagne. It consists of five episodes and covers the period from the death of his father, Pepin the Short in AD 768 until Charlemagne’s corronation as the first Holy Roman Emperor on Christmas Day, AD 800. However, there is a minor chronological anachronism: in an earlier episode, we see Widukind, the king of the Saxons surrender and convert to Christianity, which didn’t happen until AD 803. This program was directed by Clive Donner and based primarily on the contemporary biography of Charlemagne written by Einhard, who knew Charlemagne personally.