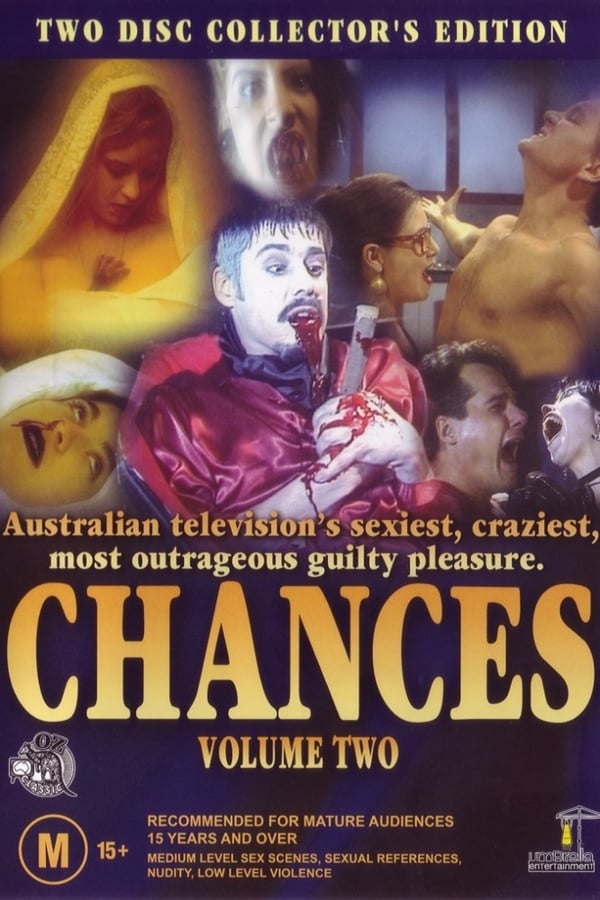 Chances was an Australian evening soap opera, produced from 1991 to 1992. It told the story of the average middle-class Taylor family whose lives are transformed by winning $3 million in the lottery. The series was broadcast by the Nine Network, initially as two one-hour episodes each week. Principal cast members included John Sheerin and Brenda Addie as Dan and Barbara Taylor, Jeremy Sims as their mischievous son Alex, Deborah Kennedy as Dan’s sister Connie Reynolds, Tim Robertson as Dan’s brother Jack, Anne Grigg as his wife Sarah, and Michael Caton as neighbourhood friend Bill Anderson. Originally, creator Lynn Bayonas pitched the show as a family-oriented drama; however to help ensure the program’s success, Channel Nine asked for nude scenes and risqué elements to also be included in the series. Initial publicity for the show focused on the sex angle, and it was for this that Chances was chiefly known.