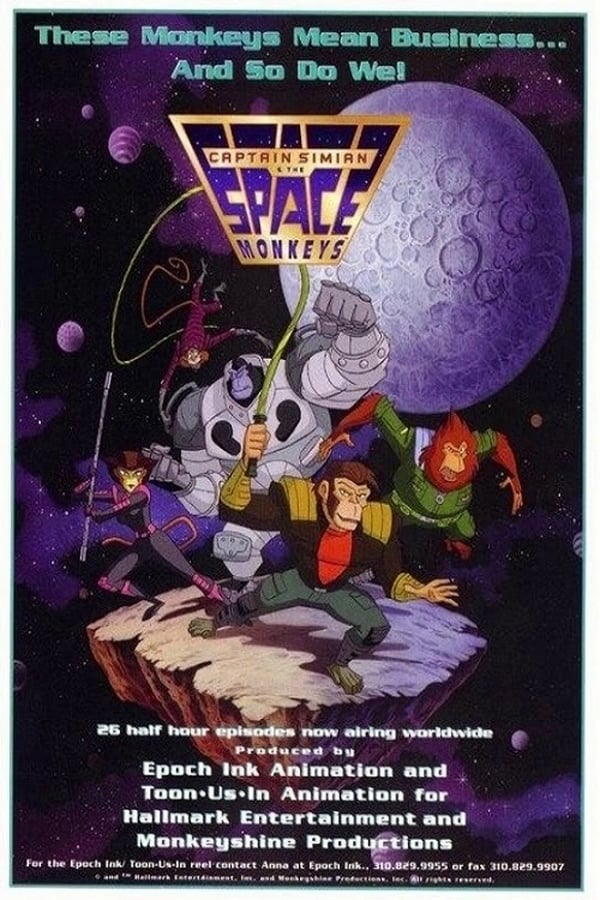 Captain Simian & the Space Monkeys is an American animated television series. The show premiered on September 7, 1996 and ended after 26 episodes on June 21, 1997. It was produced by Hallmark Entertainment, Monkeyshine Productions.inc, and distributed by Bohbot Entertainment and aired as part of a syndicated animation block known as BKN. Captain Simian & the Space Monkeys ran for four years on American and international TV. The series includes many references and parodies of science fiction films and TV shows, such as Plan Ape from Outer Space. One episode has a creature hatching from an egg and stalking the crew in a manner similar to Alien. Captain Simian and his enemy Nebula were voiced by Jerry Doyle and Michael Dorn who had played the security officers in the sci-fi programs Babylon 5 and Star Trek: The Next Generation respectively. Despite the title only two of the members are monkeys.