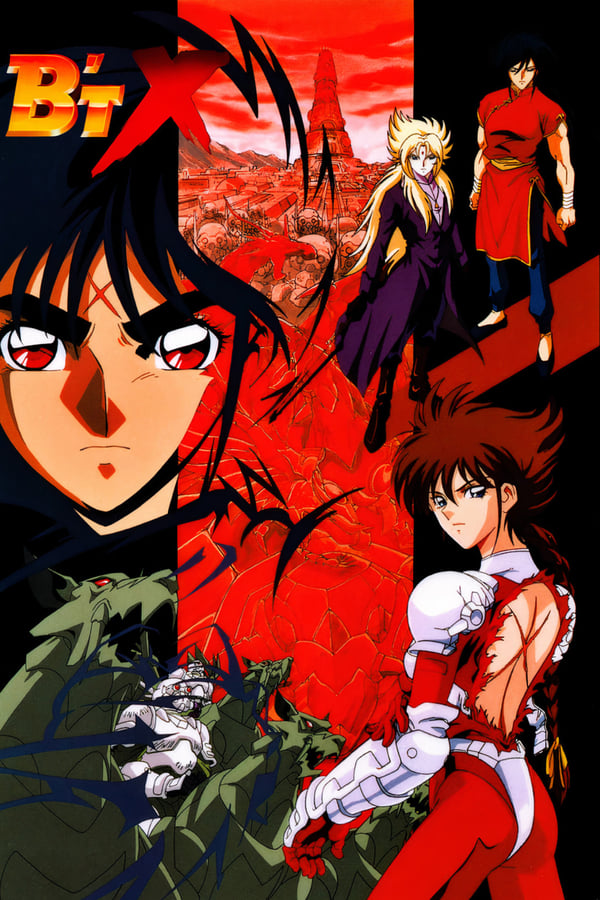 Teppei is going to visit his older brother Kotaro Takamiya during a scientific conference after training with a mysterious woman named Karen for the past 11 years. However his plans for a family reunion become stalled when a woman named Aramis kills everyone in the conference to kidnap Kotaro. Teppei on the way to save his brother encounters a broken mechanical horse called B’t X who revives thanks to Teppei’s blood and is now his aide to save his brother from the mysterious Machine Empire.

Tags: anime, based on manga, mecha