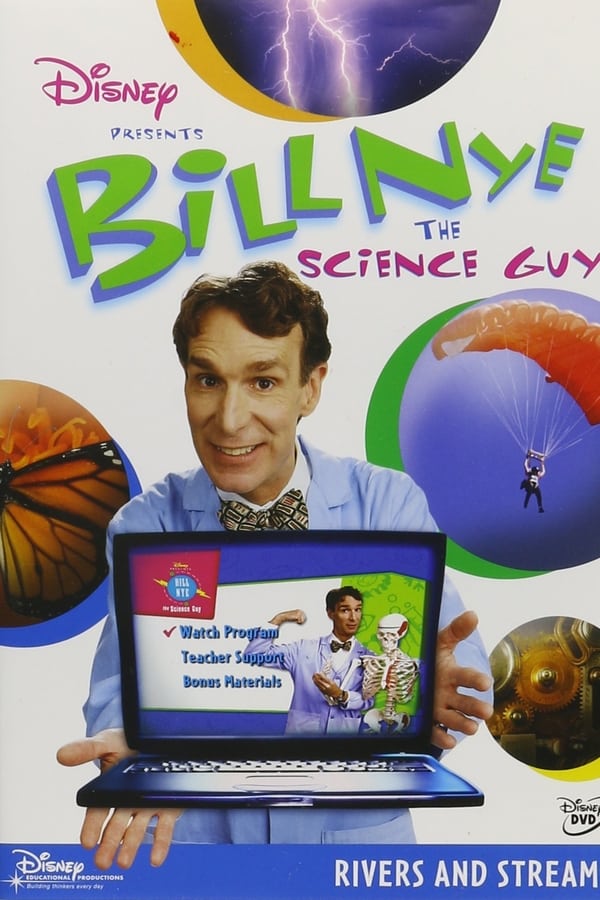 Bill Nye the Science Guy is an educational television program that originally aired from September 10, 1993 to June 20, 1998, hosted by William “Bill” Nye and produced by Buena Vista Television. The show aired on PBS Kids and was also syndicated to local stations. Each of the 100 episodes aims to teach a specific topic in science to a preteen audience. The show is frequently used in schools as an education medium, and it still airs on some PBS stations for this reason. Created by comedian Ross Shafer and based on sketches on KING-TV’s sketch program Almost Live!, Bill Nye the Science Guy was produced by Disney Educational Productions and KCTS-TV of Seattle. Bill Nye the Science Guy won nineteen Emmy Awards during its run.