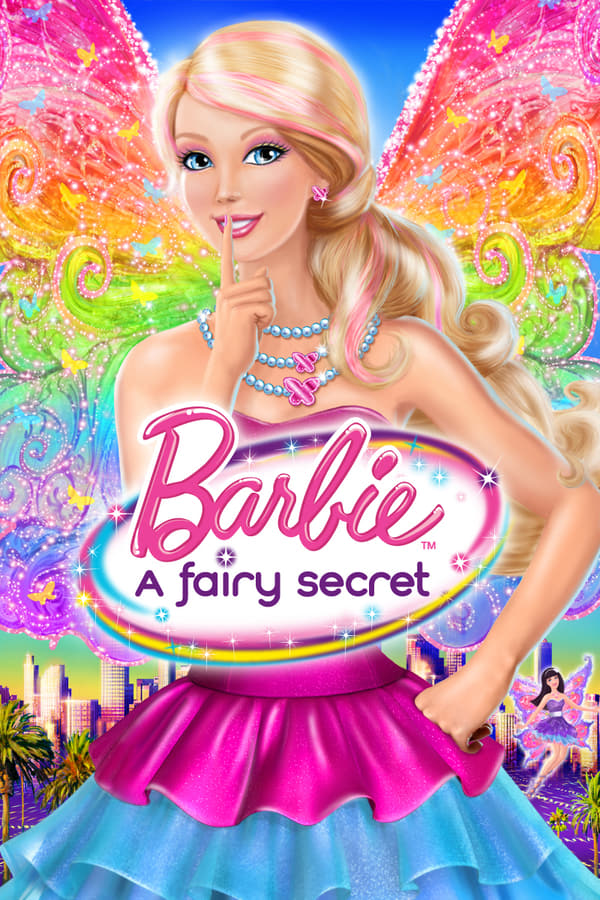 Get ready for Barbie: A Fairy Secret, an amazing adventure with Barbie where she discovers there are fairies living secretly all around us! When Ken is suddenly whisked away by a group of fairies, Barbie’s two fashion stylist friends reveal they are actually fairies and that Ken has been taken to a magical secret fairy world not far away! Barbie and her rival Raquelle take off with the fairy friends on an action-packed journey to bring him back. Along the way they must stick together and learn that the real magic lies not just in the fairy world itself, but in the power of friendship.