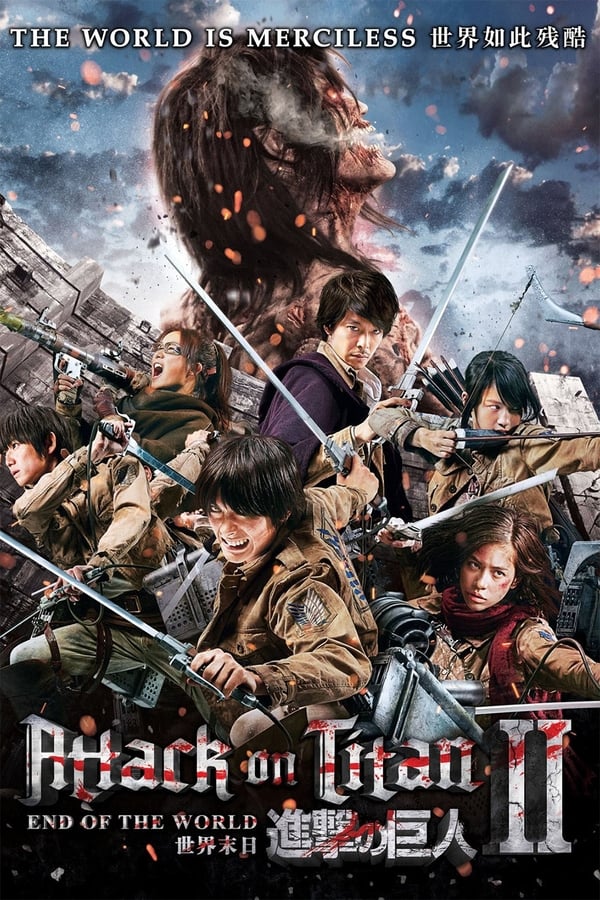 Attack on Titan II: End of the World

Eren leaves to restore a break in the wall destroyed by a Titan. He comes under attack by the Titans and is cornered. Shikishima comes to his aid. The titans never stops attacking. Eren is now injured and tries to protect Armin, but is swallowed by a titan. A Titan with black hair appears and begins to expel the other titans.