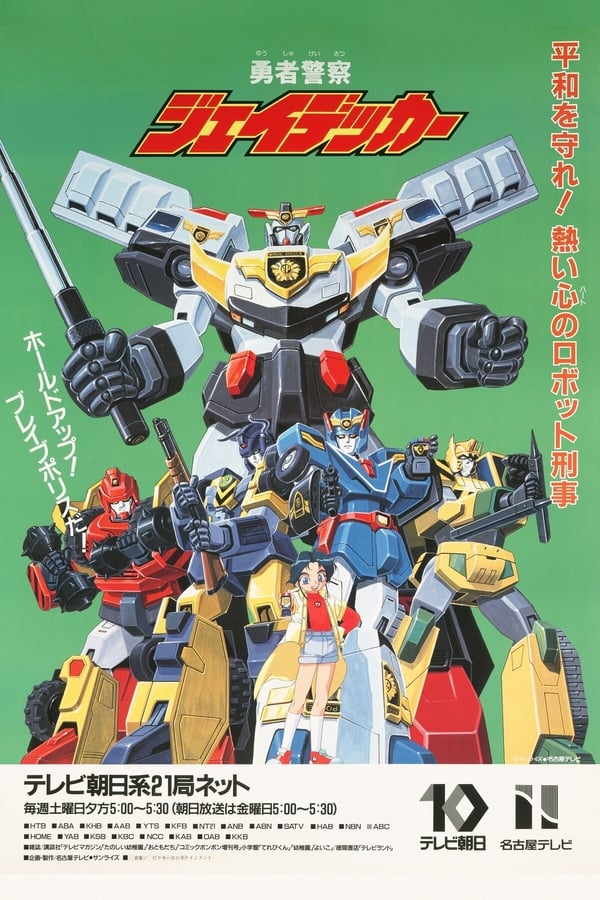 Brave Police J-Decker is the fifth series of the anime television meta Brave series which aired in Japan during 1994 and 1995. Brave Police J-Decker returns the series to a subtly lighter tone, focusing more on the concept of “robot as human-built AI construct” emphasized by the previous season’s series, The Brave Express Might Gaine. The series takes place in the fictional city of Nanamagari City.